#96: Get an aromatherapy diffuser for my car

A few years ago, the idea came to me that my commute from work might be a bit more enjoyable if I had some pleasant sensory stimulation occurring at the same time as the unpleasant. Perhaps the presence of a lovely flower to contrast the view of gridlock; or cozy, heated seats to combat the frigid winter air; or pleasant, natural scents to override the smells of exhaust and highway grime… I nixed the flower idea because I knew I wouldn’t have the discipline (or the memory) to replace fresh stems every several days; and the heated seat idea was a no-go because that would have required the purchase of a new car (and I don’t need a new car right now – my current vehicle works just fine [knock on wood]). But the aromatherapy idea seemed like a good option to pursue, as it is relatively self-sustaining, pretty affordable, and yet still ‘novel enough’ to introduce a noticeable difference in my overall experience.  So I looked for a car diffuser.  And I looked.  And I looked some more.  I went to about six different holistic markets around the city, and looked in every big traditional retailer, too. No diffusers. Okay, no problem, I’ll just order something online. I popped onto the computer, and found a variety of products for the home, but no real viable option for the car. (I did find 2 different diffusers that technically could have worked in my car, but they looked semi-unstable, and they were rather expensive to boot! I was quite shocked.)

After a few weeks of looking, shopping, searching, and coming up empty-handed, I basically said, “Oh, just forget it!” – and I let the idea go.

Yet when the 101 list came my way, I remembered the aromatherapy desire from a few years ago… so this item re-appeared in my life. And this time, I have the powers of intention and momentum on my side.  🙂

Two weeks ago I was out and about having lunch with a friend. After our meal together I leisurely strolled around a nearby store – not ‘looking’ for something, but more just staying open to anything that might catch my eye.  Five minutes into the shopping, I saw an end cap of essential oils – so I paused, and inhaled a few scents.  Ahh, lovely.  I then remembered the 101 list that I had just published a few days before; and I wondered if the store might have a home diffuser that I could somehow manage to make work in my car. I looked more closely at the end cap: and there, on the bottom shelf, was an assortment of diffusers, including one made specifically for autos!

There was one item left on the peg, and the price was $10.99. Done and done. I purchased a few different oils, and left the store having spent around $30 – and having accomplished another task that was literally years in the making!

When I got to my car, I excitedly removed the diffuser from its’ packaging, read the instructions about how much oil to add to the pad, dutifully added a mere four drops of oil to the small white piece of cotton – and holy crap, did I *ever* smell the oil! And I hadn’t even plugged the diffuser into the cigarette lighter yet! I started driving, and about sixty seconds into my trip, I rolled down ALL of my vehicle’s windows – the smell was pretty overpowering. I had chosen a “refreshing” oil blend as my inaugural fragrance (which contained lemon, geranium, rosewood, cedarwood, and maychang [whatever that is]), but in such a concentrated amount, in such a small space, it smelled more like a heavy-duty cleaning product than a light trip through a forest or flower garden. Yikes.

I got home, move “refreshing” from my car to the kitchen (where it was still pretty darn powerful), and let the interior of my auto air out for a few days. Mid-week, I tried the diffuser once again; but this time I used just two drops of two pure oils (peppermint and grapefruit). Again, the scent was plenty strong just as it was; absolutely NO diffuser heat was required. I put the tiny cotton pad in two small ziplock baggies in an attempt to mute the power of the fragrance a little bit; but still, for about three days my car smelled like a big peppermint Life Savor. Truly. It was kind of nice, but certainly not ‘subtle’.

After three days I no longer got knocked over by scent when I opened my vehicle door; so at that point I began each car trip drive by just opening the ziplock bags that contained the treated pad – and that action alone was enough to give me a good dose of fragrance for the duration of my commute.

Then after another four days, the smell of the oils was less noticeable when I used the pad by itself; so at this point I started using the diffuser. Still, I only needed to run the device for 5-10 minutes, then remove the pad from the heat – and I still had a hearty dose of fragrance for the next 20 minutes.

It’s been about two weeks since I first introduced the peppermint/grapefruit pad into my car; and it’s only now getting to the point where I have to run the diffuser for the bulk of my trip if I want to get a consistent, faint fragrance. So, it’s likely time to add another dose of oil to the setup. I think I’ll add just a single drop of each scent this time, and see if that yields a more moderate balance.

Still, I love the idea that I can now experience a little bit of sensory delight in any sort of ‘mundane’ day, and that I can make the experience match whatever mood I might be in (or, to strategically use the power of smell to elevate a not-so-great mood to a better one). Being immersed in such powerful, lovely smells feels kind of decadent and slightly indulgent, yet also really terrific. 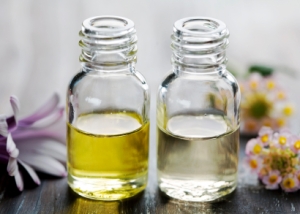 18 Responses to #96: Get an aromatherapy diffuser for my car