#92: Price out a home vegetable garden

Seven or eight years ago, my sweetie and I purchased half a share of produce from a local CSA (Community Supported Agriculture). We liked the idea of supporting an up-and-coming local business, especially one committed to sustainable and organic food-production methods. We also appreciated the notion of knowing where our food was coming from, reducing our carbon blueprint, and having incredibly tasty/fresh/healthy vegetables to enjoy from late spring to early fall.

What we didn’t realize, however, was that the quantities and varieties of produce we were to receive over the summer would fluctuate rather dramatically.

Our first delivery from the CSA contained a few leaves of salad lettuce, a small onion, and three baby potatoes. Okay, so the farm was just getting started – we can be patient. And we were. Over the next few weeks my sweetie and I received more lettuces, more onions, and more potatoes…all nice things to get, but nothing from which we could make a full meal. Then summer arrived, and the farm started sending a plethora of tomatoes and zucchini. We received more of these two vegetables than we could possibly eat – and didn’t receive much of the other foods we were hoping for (i.e., green beans, broccoli, asparagus…). As fall arrived and my sweetie and I assessed our experience with the CSA, we realized we were kind of disappointed with how things had turned out – and we choose to let our membership lapse the following season.

So my sweetie and I resumed noshing on California/Florida/Chile/Mexico-grown fruits and vegetables. Then two years ago, one of my colleagues at work and I were chatting over lunch, and our conversation wandered to gardening. When someone mentions that they garden, I always ask if they grow flowers or vegetables. He replied that he had a booming vegetable garden, and showed me a picture. His plot of earth was small-ish but mighty; he was producing enough food to have a decent serving of produce at both lunch and dinner, and his variety was impressive as well. I admit that I was more than a little jealous – and I told my colleague as much. He then clued me in on his ‘secret’: He had hired a local business to come and install the garden for him. The professionals planned the plot of land, built the raised garden bed, planted all the seedlings, and came weekly to monitor plant growth and harvest the crops at just the right time. They even installed a rabbit-proof fence and a plastic dome covering to protect the fruits and veggies when the fall frost came. I was very impressed, and asked for the name of the business – which my colleague generously and happily shared with me.

The following spring I contacted the business, and asked if they would come to my home to see if our yard could support a garden (as well as get more detailed produce and pricing information). The owner and I set a time to meet – but then the day before our appointment, she called and canceled (she had come down with a bad sinus infection). Okay, I understand, illness happens. I re-arranged my schedule, and the owner and I agreed on a new appointment to occur exactly one week later. Seven days passed, and the time for our meeting arrived – but no one came to my door. Ten minutes passed, then twenty. Growing increasingly frustrated and impatient with every elapsing second, I finally called the woman – and she was genuinely surprised to hear my voice. She thought we were meeting at 2 pm, not 1 pm. She said she could hop right in her car and be over in 20 minutes; but by that point, I was too annoyed to be able to give her a fair shot – so I told her no thanks, maybe I’d try again later. But later never came.

So last summer my sweetie and I continued to consume mass-produced, low-flavor produce.  😦  Sad.

This winter I searched to see if I could find another help-me-establish-a-garden alternative; but the business that I declined to engage last summer is really the only such game in town. So I let go of last year’s resentment as best I could, and contacted the owner to see if she and I could try to connect. We set a date for last Thursday; and then last Wednesday I received an email asking if we could reschedule – she had just come home from the clinic, and was diagnosed with strep throat. Feeling like history was repeating itself, I very hesitantly agreed to a new meeting. (And truth be told, if this item had not been on my 101 list, I would not have entertained a second [fourth] attempt to connect.) But the item is on my 101 list, so I felt committed to trying to see this thing through. So I set aside a newly-building resentment as much as possible, and agreed to a new meeting: Thursday at 1 pm.

Can you guess what happened next? I’ll give you a hint: history really does repeat itself. No lie. At 1:10 pm on Thursday when the woman hadn’t rung my doorbell, I gave her a call – and she said, “Oh, I thought we were meeting at 2 pm.” (I swear to goodness, this is the truth.) She then said, “I can get in my car right now and be there in 20 minutes – will that work for you?” I wanted to scream, “NO! 1 pm is when we agreed to meet, damn it – so be a responsible business owner and get your ass over here NOW!” However, I refrained from using both those words and that tone, and instead replied tersely, “I have a meeting at 3 pm [which was true – I had to take our puppy to the vet to get his owie bum looked at], so our appointment will need to be finished by 2:15 pm at the absolute latest. If you can work within those constraints, you may come over now.” She assured me that she would be at my home by 1:30 pm, and than 45 minutes was ample time to discuss garden options. With that, we hung up, and I waited.

Care to guess what time her truck pulled in to my driveway?

Of course the woman was incredibly apologetic – but by then I was beyond frustrated. I calmly-but-firmly informed her that she had 10 minutes to tell me everything I needed to know in order to make an informed decision about her garden process – and then I was silent. I think the woman was genuinely surprised by how very serious I was about the statement I just made – and she proceeded to prattle information as quickly as her mouth could form words. At 2:09 pm, I asked her if there was any other piece of critical information I needed to know before we parted ways, and she said she didn’t think so. I nodded my head once, said, “Okay,” and turned to walk toward my front door. The woman called after me, “I’ll follow-up with you next week…”, and I nodded in her direction as I re-entered my home.

The next day (after my annoyance and poor attitude had some time to dissipate), I shared the garden information with my sweetie. Both he and I agreed that the concept was really cool – but that the pricing was quite high. If I had more confidence in the business owner’s ability to do what she says she will do (i.e., arrive on time, build/install what we ask for, produce what we want without drama or issue), or if her prices were more reasonable, I might have been inclined to give her a try. But high prices + unreliability (real or perceived) = no business from us.

I’m a little disappointed that our family won’t have a vegetable garden this summer; but at least I now know what the going rate is for a professional to come out and set us up. If in the future I decide I *really* want home-grown veggies, I might give container gardening a go. In the meantime, I’ll score my produce at the farmer’s market (see 101 list item #5), or the grocery. Though they may have traveled many miles to reach me, plums in April are kind of nice to have… 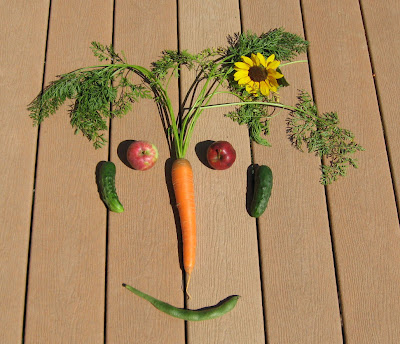 19 Responses to #92: Price out a home vegetable garden